INNOVATION YOU CAN SEE

ClearPath Alignment™ is the most innovative visual technology in the game. Not only does it enhance visibility, but it also provides Tour-proven functionality to aid alignment on the green and help you gauge the quality of your putting stroke. The only way to see it is to play it.

We teamed with Rickie Fowler to develop a ball that reflects his swagger and delivers the performance he demands. Inspired by the results, fellow OSU Cowboy Matthew Wolff made the switch to pix™ and never looked back.

The new Tour Flight Dimple Pattern unlocks the next level of aerodynamics while promoting maximum carry distances and a steep angle of descent for extra stopping power, especially on long irons.

While maintaining the formula that makes TP5x a leader in speed and distance, we’ve added a softer cast urethane cover for increased groove interaction on greenside shots for more spin and improved feel. 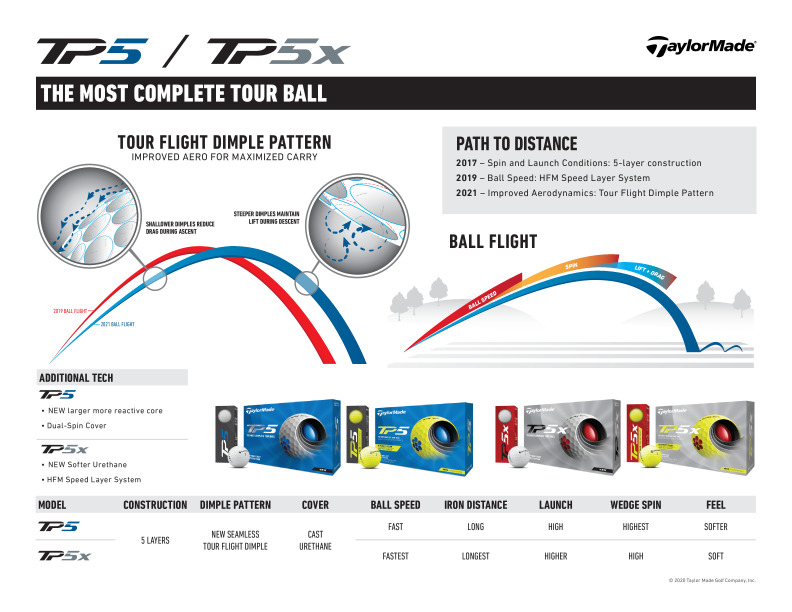